How to Recognize and Alleviate Math Anxiety?

Math or Arithmetic anxiety is more than just a dislike for the topic; it’s a serious issue for children, clogging working memory and setting off a self-fulfilling cycle of math avoidance, low achievement, and terror. This type of anxiety can start as early as kindergarten, and approximately half of all primary school students suffer from it.

It’s time to do some arithmetic once more. Your heart begins to race, a knot in your stomach tightens, your palms become sweaty, self-doubt and fear of failure become heavy burdens on your shoulders, and a sheet of unanswerable questions stares you down. Math phobia is a real thing. 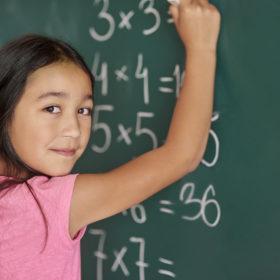 You’ve probably heard people say things like, “I can’t do the math,” “I don’t enjoy math,” “math is too difficult,” and “I’ll never apply it in the real world.” Even professors can believe it when students express such hatred and disgust for math. However, as a teacher, you can play a critical part in removing the stigma associated with the arithmetic phobia.

What is math anxiety?

When people deal with math anxiety, such as when they have to manage numbers, solve mathematical issues, or are exposed to an evaluative circumstance related to math, they experience feelings of uneasiness and elevated physiological reactions.

And it’s not just a case of being restless. When confronted with something truly terrifying, nervousness is a reasonable reaction.

A sensation of stress and anxiety that prevents people from manipulating numbers and solving mathematical issues in a variety of situations in everyday life. It happens in people of all age groups.

Why is it important to address math anxiety?

Math anxiety affects students at all levels of education in today’s educational systems. In addition, arithmetic anxiety is typically associated with poor math performance. The goal of this study is to look into the reasons for math anxiety and the ways that pre-service teachers have come up with to deal with it. Doing surveys with 70 pre-service teachers in Canada and conducting a critical analysis of the data to provide an overview of the reasons for math anxiety was part of the research. 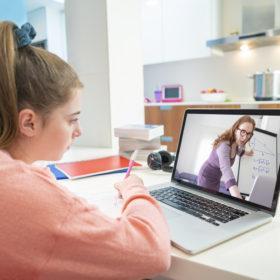 These findings suggest that pre-service teachers have dealt with arithmetic anxiety in a variety of contexts. Lack of self-confidence, fear of failure, instructional methods, inadequate learning approaches, and student non-engagement are some of the factors. Also, these findings show that confronting math anxiety has enabled participants to design techniques that have helped them overcome their fears. According to the author, a better understanding of math anxiety has consequences for all math students and educators.

What can be the signs and symptoms of math anxiety?

The ongoing problem that is resulting in a faster pace would surely carry numerous signs and symptoms. A few of them are as follows:

What are the strategies for promoting healthy mathematical essences?

Do you know there are few strategies for promoting healthy mathematical identities? Let us know about them in detail:

Students are frequently taught to multiply decimals by removing the decimal from the factors and reintroducing it into the product. Students, who lack a conceptual knowledge of place value and decimals are faced with procedural problems like “Which way do I move the decimal?” All kids are entitled to the time they need to fully comprehend the math they’re being asked to accomplish.

Praise for right responses, quickness, or good scores does little to help pupils learn from their mistakes. Using specific remarks regarding students’ problem-solving processes, their decision to portray arithmetic in numerous ways, or their use of specific sense-making tactics, on the other hand, motivates all students and makes math accessible to all.

When students feel at ease and secure, they study more effectively. Some pupils focus on the dread rather than the math because they are afraid that the teacher will call their name at any moment. Students will have the time and space to think carefully as mathematicians if the fear of being singled out is gone and maybe they can start to give ideas voluntarily.

Heterogeneous grouping benefits all students by providing them with high-quality math as well as exposure to a variety of ideas and perspectives. Math problems with many entry points are also a fantastic way to encourage healthy problem solving by allowing students to discuss a variety of methods and strategies.

In this article you come to know about math anxiety which happens When people deal with math anxiety, such as when they have to manage numbers, solve mathematical issues, or are exposed to an evaluative circumstance related to math, they experience feelings of uneasiness and elevated physiological reactions.

Tags: How to Recognize and Alleviate Math Anxiety?