Are We Teaching the Math Kids Need?

Every child has enormous potential in math, says Stanford math professor and best-selling author Jo Boaler, but for them to reach that potential, we need to rethink how we teach math.

Jo Boaler spends a lot of time thinking about and writing about anxiety—particularly math anxiety—and its impact on children’s learning pathways.

In her 2019 book, “Grenzenloser Geist: Learning, Leading, and Living Without Barriers,” she wrote that math is the subject of “the most damaging thoughts teachers, students, and parents have.” This is one of the few subjects where many students decide early on that they are not made for it: either we are “math people” or we are not. This perception usually persists into adulthood. “It’s hard to know how many people walk around society with detrimental thoughts about their math abilities, but I’m guessing at least half of them are,” she wrote.

Boaler, a Stanford math education professor, best-selling author, and co-founder of the math education website youcubed.org has spent decades thinking about how to undo the damage. Her work is closely related to research on growth mindsets by Stanford psychology professor Carol Dweck, examining what Boaler calls “our most destructive and persistent ideas about innate abilities.” She has been an active advocate for changing the way we assess math and modernizing the math curriculum — especially at the high school level — to make it more engaging, inclusive, and better prepare children for the modern world of work Prepare. 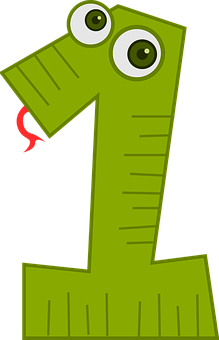 Critics argue that our insistence that math is a joyful, creative exploration is hurting children. For example, by reducing or eliminating memory and math practice, we are showing children a lack of math knowledge. But Boaler says she doesn’t mind things like math facts, and teachers should help children develop them — not “emphasizing facts or using timed tests for the sake of facts, but encouraging students to use them to work with and explore numbers,” a process that ultimately Builds a critical sense of numbers and reinforces mathematical facts more organically.

I recently sat down with Boaler for a Zoom discussion on math freedom, fear-inducing teaching practices, and the systemic changes she believes are critical to modernizing the math curriculum.

Over the years, we’ve found that traditional methods of teaching math – I’m just showing you the methods; they’ll take them and use them – are incompatible with the identity children want, especially in the teenage years. Children want to have their ideas; they want to be respected as thinkers; they don’t just want information they can simply copy.

They see it as a subject that can’t fully be themselves, and it’s a big reason why people drop math.

There is a lot of WeChat in the classroom, which can lead children to believe that they cannot succeed. Speed ​​is the point. When you ask the whole class a question and get an answer from the first child to raise their hand, you are sending the message that you value speed. And we know that professional mathematicians are not fast. They are the dullest of minds.

After all, we have stereotypes about who can be good at math. So if you’re a woman or a person of color, you have to deal with that pressure. If you have a fixed idea, a fixed mindset, about who can do the math, then this cliché can take root.

When we assess children by giving them diagnostic feedback instead of grades and asking them to do their reflection, so they can understand how they are progressing on this journey – when that’s the case for assessment in the classroom, everything changes.

But we also want to change the way content is delivered. Kids don’t need a lot of short questions, one method, and one answer. They can be open-ended questions where students can think creatively and visually.

It’s really about changing the way we look at children. When kids take tests and are punished for mistakes, it’s the opposite message, research shows that mixed information is worse than no information. If you mislabel them while they are fighting, don’t tell them it’s okay to fight.

I think it’s important to keep the kids working. If you use grading – I don’t like grading myself – but if students don’t do well the first time, getting them to study again sends a good message that study and effort are appreciated.

But the world has changed dramatically. Especially in high school, we teach kids all kinds of methods they can do with their hands that they will never use again in their lives. You’re never going to enter the workplace and have people manually traverse the synthetic divide. So we spend so much time feeding kids outdated content that they get fed up with it. What is the reason?

It’s hard to do that now because the Common Core Standards don’t cover data science, they need to be updated. But what we did was try to bring a data science perspective to current standards. This data science program is very exciting, not only because it provides interesting content for teachers of all grades, but also because it helps children acquire the data literacy they need in this world.

There are currently more data points in the world than there are stars in galaxies; the world is full of data. So even young kids need to be prepared to become data literate.

It is based on a very unfair system. Because there are so many pre-calculus classes in middle and high school, it means we’re kicking sixth-graders out of the calculus chair, which sucks. The content is also not very up-to-date and not very engaging.

In California, there has been a big change recently: the University of California and Cal State systems now accept Data Science as a third-year course instead of Algebra 2. This is amazing and important because algebra 2 is compulsory for most kids and now they can switch to data science.

Children should know that it doesn’t matter if the child solves it a little faster next to them. We know kids go to school with a growth mindset and that mindset is decreasing every year. Part of that is kids looking at other kids and thinking, “Oh, they’re better than me at this.” We need to counteract those thoughts and combine them with open and creative math. When you do, things change.

Every child has enormous potential in math, but for them to reach that potential, we need to rethink how we teach math. In this article, we discussed whether we are teaching the Math Kids Need.

Tags: Are We Teaching the Math Kids Need?